A second show has just gone on sale for an evening with John Baker, best selling author of Stalin’s Wine Cellar in conversation with Michael Yabsley.

Tickets: $65pp including main course and drink on arrival

Join us over dinner and a drink as John Baker and Michael Yabsley talk us through Baker’s wild journey through Georgia on the hunt for Stalin’s wine cellar….

“In the late 1990s, John Baker was known as a purveyor of quality rare and old wines. Always entrepreneurial and up for adventure, he was the perfect person for an occasional business partner to approach with a mysterious wine list that was foreign to anything John, or his second-in-command, Kevin Hopko, had ever come across.

John and Kevin embarked on an audacious, colourful and potentially dangerous journey to Georgia to discover if the wines actually existed; if the bottles were authentic and had been owned by Nicholas II, and then Stalin; and whether the entire collection could be bought and transported to a major London auction house for sale.

Stalin’s Wine Cellar is a wild, sometimes rough ride in the glamorous world of high-end wine. From Double Bay Sydney to Tbilisi Georgia, via the streets of Paris, the vineyards of Bordeaux and iconic Château d’Yquem. A multimillion dollar cellar and a breathtaking collection of wine (and one very expensive broken bottle) is the elusive treasure. The cast of characters include Stalin, Hitler, Tsar Nicholas II and a motley bunch of Georgian businessmen/cowboys toting handguns, in the early days of Russian business development that led to the world of Putin and oligarchs.” – Penguin Books Australia

“A cracking account . . . If only more wine books were as much fun as this one.” – Sunday Age

“It’s a bit of a thriller, a tale of layered intrigue, a journey through history and an intriguing insight into the verifying of label-less bottles of apparently priceless wine.” – The Age/Sydney Morning Herald 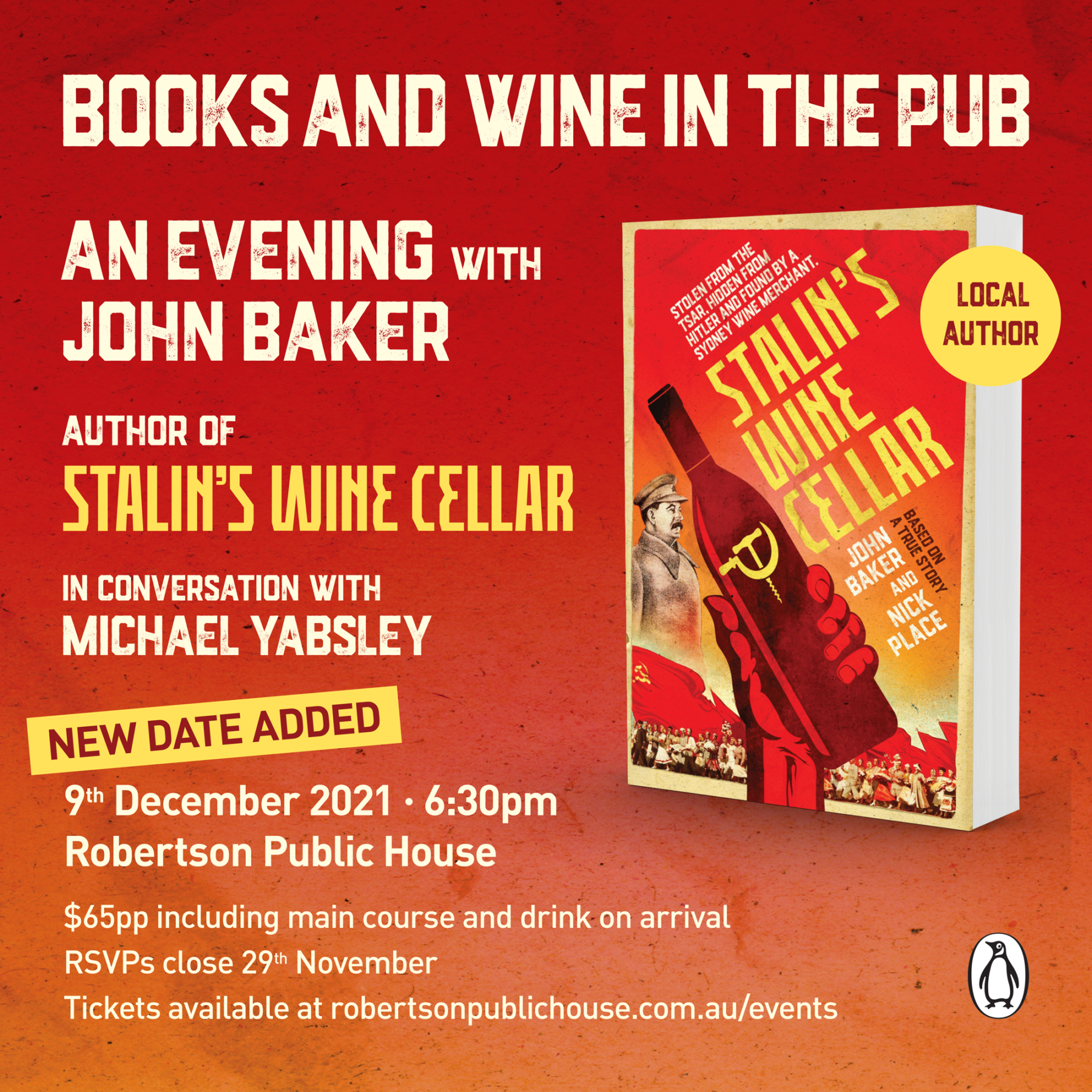 KEEP UP TO DATE WITH UPCOMING EVENTS & OFFERS